Of Mice and Men

Solana Beach, Calif. For its second play of Season 36, North Coast Rep is reviving John Steinbeck’s classic drama novella-turned play, OF MICE AND MEN. The play electrified the opening night audience at the Music Box Theatre in 1937. Now, eighty years later, the story of these two iconic figures, Lenny and George, continues to be part of our country’s collective imagination – a tale of friendship in a world of solitude that is sustained by illusory dreams. Labeled “a masterpiece” by Time Magazine and “powerfully moving” by the Wall Street Journal, OF MICE AND MEN is must-see theatre for those who treasure timeless, compelling storytelling.

*The actor or stage manager appears through the courtesy of Actors’ Equity Association, the union of professional actors and stage managers in the United States. For background information and photos, go to www.northcoastrep.org/press

OF MICE AND MEN previews begin Wednesday, October 18. Opening Night on Saturday, October 21, at 8pm. There will be a special talkback on Friday, October 27, with the cast and artistic director. It will play Wednesdays at 7pm, Thursdays through Saturdays at 8pm, Saturday and Sunday matinees at 2pm with Sundays at 7pm, through November 12 (See Schedule below). North Coast Repertory Theatre is located at 987 Lomas Santa Fe Drive, Solana Beach, CA 92075. Tickets: Previews- $45, Week Nights – $52; Sat. Eve. & Sun. Mat. $56; Sat.Mat. & Sun Night – $49. Seniors, Students, Military & Educators – $3 off admission. There is also a $20 rush tickets half hour before performance if available. 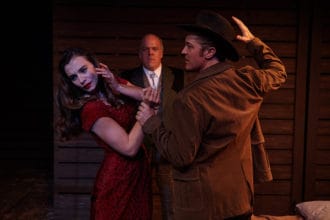 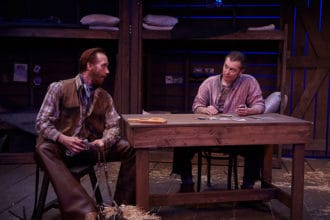 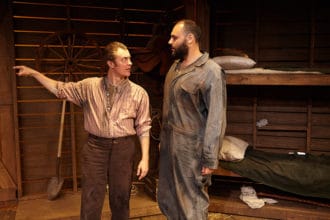 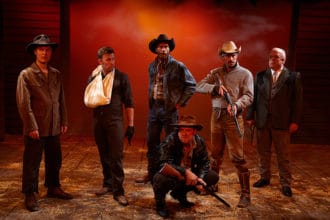 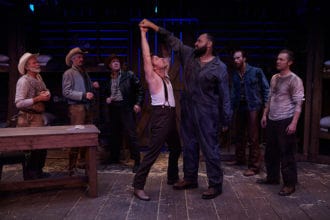 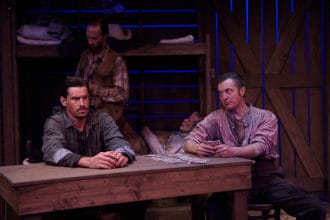 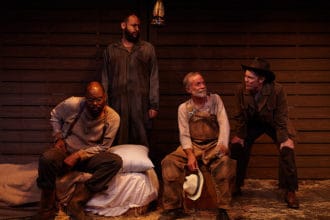 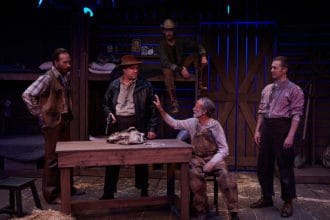 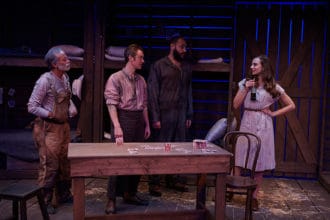 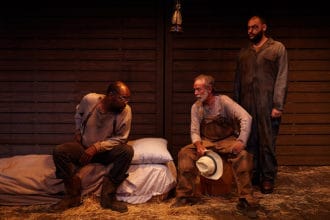 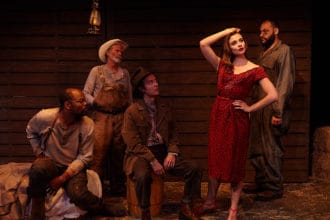 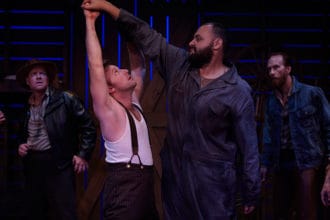 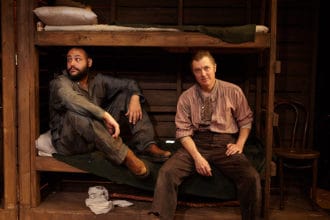 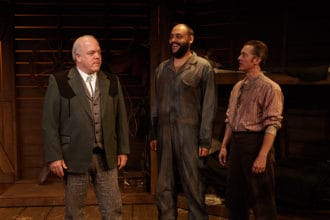 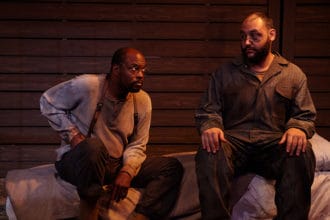 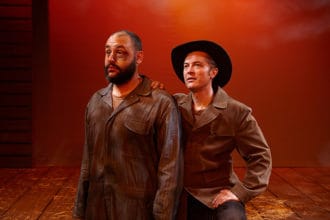 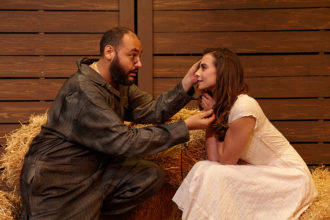