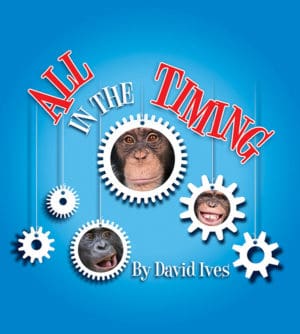 Wit, intellect, satire and just plain fun! Off-Broadway’s hit, ALL IN THE TIMING is a sextet of one-act comedies by playwright David Ives, which uses inspired language and word play to examine various attempts at relationships and communication with comical results.  It will push your smart buttons and tease your brain as Ives spins hilarity out of words. Join us for laughter and an experience that will tickle your heart.