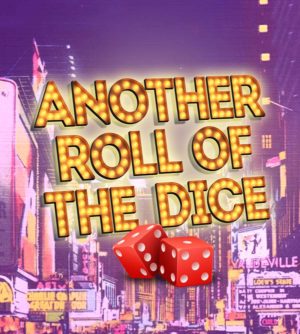 The World Premiere of ANOTHER ROLL OF THE DICE reunites songwriter Frank Loesser and author Damon Runyon, the creators of the legendary Broadway musical Guys and Dolls. In “Dice,” three classic Runyon stories are intertwined with hits from the Frank Loesser songbook, including “Heart and Soul,” “Two Sleepy People,” and “Let’s Get Lost,” performed by iconic Runyonesque characters. Don’t gamble on losing out on this sure-fire winner destined for many future productions.