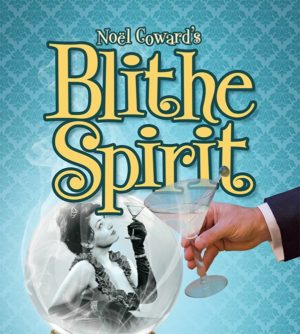 The beloved smash hit of the London and Broadway stages conjures its way to North Coast Rep for a spirited and hilarious evening in Noël Coward’s BLITHE SPIRIT. A socialite novelist, an eccentric medium, an unforgiving ex-wife and a shrewish spouse create supernatural hijinks in this world-class comedy. You are summoned for an otherworldly evening of theatre overflowing with wit, sophistication and effervescent fun.