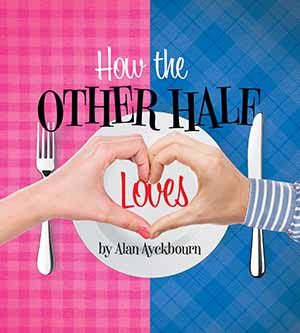 Britain’s brilliant comic genius, Sir Alan Ayckbourn penned a fast-paced and hilariously funny theatrical meal. It stands as a classic modern comedy. A portrait of three very different marriages that turns into a spirited game of mixed doubles involving sex, jealousy and ingenious stagecraft that only Mr. Ayckbourn can design. Full of clever, razor-sharp dialogue and impeccable split-second timing and twists, HOW THE OTHER HALF LOVES promises to leave you in stitches.