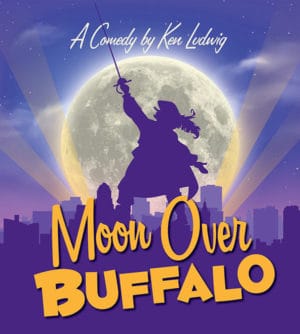 Comic genius Ken Ludwig (Lend Me A Tenor) a master of old-fashioned knockabout farces, created MOON OVER BUFFALO. This is a laugh-a-minute show-within-a-show, with everyone in the wrong costumes and reading the wrong lines. An evening of mayhem filled with comic inventions and running gags, this is a wild and wacky comedy. Be prepared to leave the theatre exhausted from laughter.

What the Critic's Are Saying