Solana Beach, Calif. – North Coast Repertory Theatre is ringing in the New Season with Mark St. Germain’s entertaining and charming DANCING LESSONS. Two highly offbeat neighbors, a Broadway dancer and a science professor forge an unexpected friendship as they face physical and emotional challenges. Filled with laughs and the intricacies of the human condition, we witness their journey of discovery and personal triumph as they come to realize that sometimes the most profound experiences can occur when least expected.

BIOS
MARK ST. GERMAIN (Playwright) has written for film television and the stage. He is a recipient of the Outer Critics Circle Award, the Lucille Lortel Award and the Off Broadway Alliance Award. Mark has written the plays Freud’s Last Session, Camping With Henry and Tom, Forgiving Typhoid Mary, (Time Magazine’s “Year’s Ten Best”) and Becoming Dr. Ruth, the story of Dr. Ruth Westheimer. Other plays include Best Of Enemies, Ears On A Beatle, Scott And Hem, Dancing Lessons, Best Of Enemies, Relativity and Out Of Gas On Lover’s Leap. His play Eleanor, commissioned by Florida Studio Theater, premiered there and was presented this season at the Barrington Stage Company. The Crossing, a musical, will premiere at Barrington Stage in September, 2021. His play Becoming Dr. Ruth will be touring with Actress Tovah Feldshuh. With Randy Courts, he has written the musicals The Gifts Of The Magi, Johnny Pye and Jack’s Holiday (Playwrights Horizons). His musical, Stand By Your Man, The Tammy Wynette Story was created for Nashville’s Ryman Theater. With John Markus wrote the comedy with music, The Fabulous Lipitones. Mark is a member of the Dramatists Guild, the Writer’s Guild East and an Associate Artist at the Barrington Stage Company where a theater is named for him. His book, “WALKING EVIL, How Man’s Best Friend Became My Worst Enemy”, is available on Amazon.

RICHARD BAIRD (Director) is an award winning actor, director and producer. As director: Amadeus, A Walk in the Woods and Of Mice and Men (North Coast Repertory Theatre), An Experiment with an Air Pump (Backyard Renaissance), Much Ado About Nothing (Intrepid Theatre), Edward II (Diversionary Theatre), As You Like It and The Winters Tale (Southwest Shakespeare Company), Richard II (Poor Players/Sedona Shakespeare), The Changeling (OSF Blackbox), and over 20 productions for Poor Players Theatre Company which he founded in 2001. Artistic Director of New Fortune Theatre since 2014 where he co-directed Henry V and Les Liaisons Dangereuses and where he directed The Birthday Party. Mr. Baird has appeared as an actor on many stages across the country. He has appeared in fifty productions of Shakespeare plays.

CHRISTOPHER M. WILLIAMS* (EVER) is an actor, director, producer, stage manager, teacher and fight choreographer. He is currently the Associate Artistic Director at North Coast Rep. Select acting credits include: Off Broadway: Rothschild and Sons (The York). Regional: The Outsider, How the Other Half Loves, Holmes and Watson, Laughter on the 23rd Floor, The Tempest, Lend Me a Tenor, Don’t Dress for Dinner (North Coast Rep); A Moon for the Misbegotten, The Drawer Boy (AZ Theatre Co); Noises Off!, Comedy of Errors (Phoenix Theatre); Noises Off! (Idaho Shakes); Angels in America: Part 1 & 2, Lobby Hero (Actors Theatre); Beau Jest, Jest a Second (AZ Jewish Theatre); Hamlet, A Funny Thing…Forum, Oliver!, Julius Caesar, Othello, Henry V (SW Shakespeare). On screen credits include: “Terriers,” “The Incredible Adventures of JoJo,” “Island of Lost Girls.” He also played Jacob and was a producer of the WWII feature film, “Walking with the Enemy,” starring Ben Kingsley and Jonas Armstrong.

LEILANI SMITH* (Senga Quinn) Born in Osan City, Korea as an Air Force Brat to Ok Cho Kim and Claude Smith Sr. Leilani went on to earn her black belt as the first female instructor to do so at Rifkin Pro Karate. She’s recently guest starred in 4 out of 5 episodes on the television miniseries “Trace” as Captain Laurel Johnson streaming on Amazon Prime and VIM Media. Received “Best Ensemble” at the 2016 NAACP Theatre Awards for “Flyin’ West” where she portrayed Fannie Mae as well as receiving another nom for the same category in 2018 for “HOME” playing over 10+ characters. She appeared opposite Sally Field and Tyne Daly in “Hello My Name is Doris” as well as other productions on television, film and stages across L.A. I am thrilled to finally come to NCRT through Christopher, David and Richard. Instagram @leilanimariesmith / https://mslanilei.wixsite.com/leilanismith

CINDY RUMLEY* (Stage Manager) Credits include: Another Roll of the Dice, All in the Timing, Holmes & Watson, A Funny Thing…, How The Other Half Loves, Last of the Red Hot Lovers, The Spitfire Grill, Laughter on the 23rd Floor, Ain’t Misbehavin’, Way Downriver; William Faulkner’s ‘Old Man’, Chapatti, Side By Side By Sondheim, Freud’s Last Session, Mandate Memories, Dames at Sea, Two By Pinter, and Visiting Mr. Green with North Coast Rep. Cindy holds an M.F.A in stage management from UC Irvine.

DESIGN TEAM
CATE CAPLIN (Choreographer) has produced, directed and choreographed over 200 productions and her work has been seen on television, in films, music videos, commercials and in theatrical venues world-wide from the Paris Opera House to the Broadway Stage. She is a 34 times Regional and International Theatrical Ballroom Dance Champion, a published writer and an acting and dance coach. Cate wrote and directed her first feature film, “Mating Dance” which won an Accolade Award and she has been the recipient of a Garland Award, a Women In Theatre Red Carpet Award, multiple LA Stage Alliance Ovation, Eddon and Scenie Awards and an Award of Excellence from the LA Film Commission for her work as a Writer, Director, Choreographer and Producer. Cate is a Directing member of Actors Studio West, an Associate Member of SDC, and was most recently honored to receive Playwright Arena’s “Lee Melville Award for Outstanding Contribution to the Los Angeles Theatre Community.”

ELISA BENZONI (Costume Design) is thrilled to be working on her fourth season at North Coast Rep including numerous Craig Noel nominated productions. Elisa has also worked on over a hundred productions across Southern California with theatres such as The Old Globe, La Jolla Playhouse, Geffen Playhouse, South Coast Repertory Theatre, Laguna Playhouse, San Diego Repertory Theatre, Diversionary Theatre and New Village Arts. Being Italian born, Elisa has also had the opportunity to work and perfect her craft in Europe. Elisa holds a costume design M.F.A. from UCSD where she currently is an adjunct professor. www.elisabenzoni.com

MATT NOVOTNY (Light Design) is pleased to be designing another show for North Coast Rep, where he has designed close to forty shows over the past seven years. Matthew is currently the Lighting Designer in Residence for San Diego Musical Theatre as well as North Coast Rep, and his work can be seen at a wide variety of theatres across San Diego. Matthew holds a B.A. in Technical Theatre from San Diego State and a master’s degree in Lighting Design from Boston University. Matthew is married to his beautiful wife Amanda, with 5 AMAZING children: Ragan, Harper, Heston, Maddex and Harrison.

AARON RUMLEY (Sound & Multimedia) has worked on over 120 shows at North Coast Rep, over 50 as a stage manager, and over 20 as a designer.

PHILLIP KORTH (Props) is an actor, writer, craftsman, and educator. He earned BAs in Acting and Creative Writing from Western Michigan University and his MFA in Acting from the University of Connecticut. He is a Veteran of the United States Marine Corps and served two tours of duty in Iraq. In addition to designing and managing props for NCRT, Phillip is also the Education Associate at The Theatre School @ North Coast Rep.

North Coast Repertory Theatre, under the artistic leadership of David Ellenstein since 2003, is a professional Equity theatre founded in 1982 by Olive and Tom Blakistone. Currently celebrating its 40th season, North Coast Rep has received critical acclaim from media and audiences alike, and has evolved into one of the area’s leading performing arts organizations. North Coast Rep prides itself on employing the majority of its actors from Actors’ Equity Association for its high quality, award-winning productions, and staging works by established and emerging playwrights. Throughout its history, North Coast Rep has created a platform where artist and audience thrive through the intimacy of live theatre, recognizing the power of theatre to challenge complacency, revitalize the imagination, nurture the unexpected, and embrace the variety and diversity in our lives. 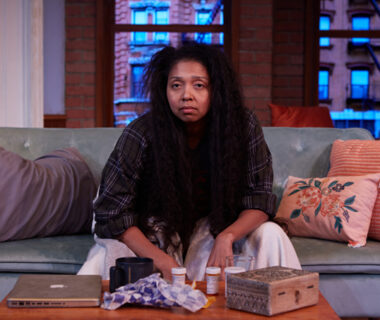 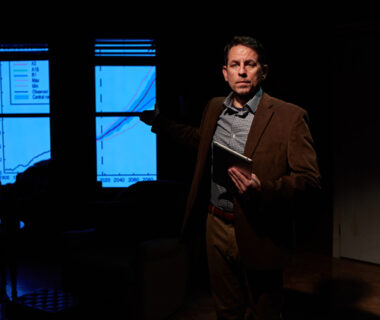 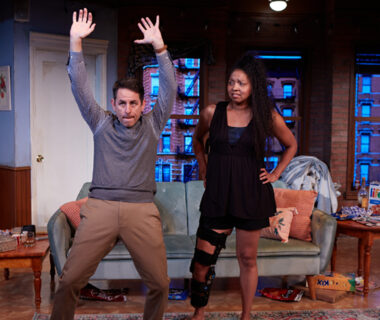 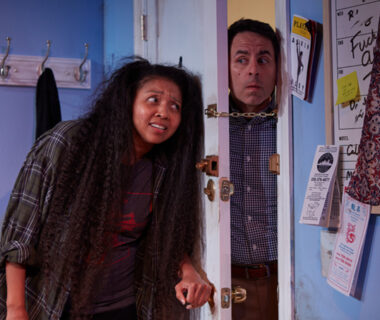 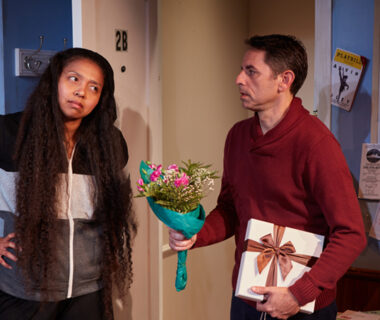 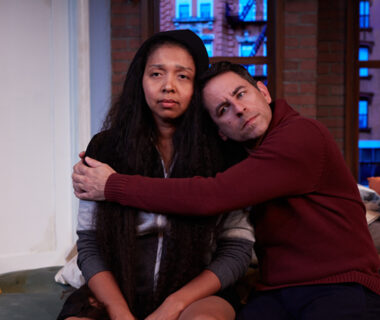 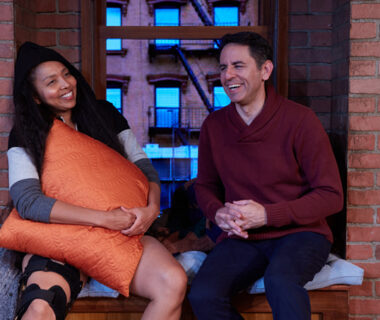 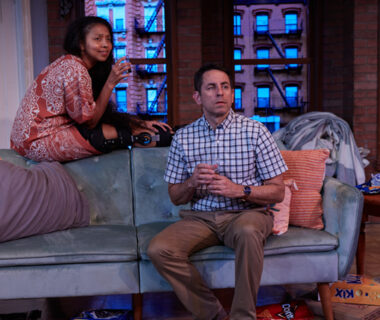