Union Tribune May 22, 2017
Story and photos by Vincent Andrunas, Special to the UT 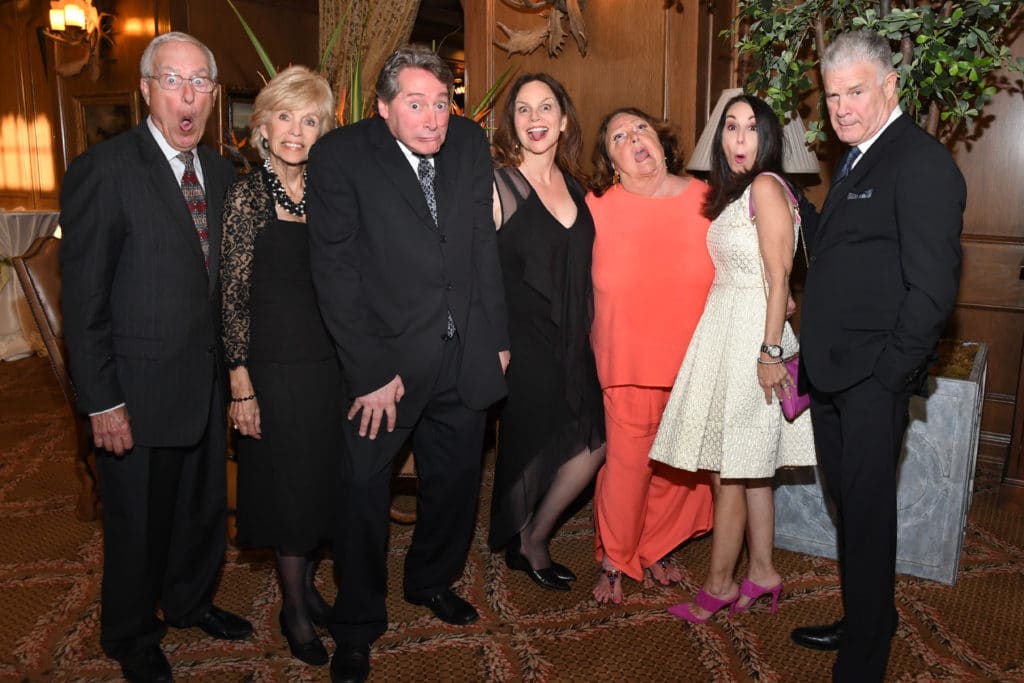 The North Coast Repertory Theatre may be considered a “small” theater only in regard to its performance space. But in fact, “intimate” would be a more accurate description of its comfy 200-seat facility, tucked away in an upscale Solana Beach mall just off Route 5. Even back row patrons can easily appreciate the actors’ facial expressions and feel as if they’re right there amidst the action. NCRT’s attention to quality — including the use of acclaimed professional Equity actors from throughout the country, leadership by talented and experienced artistic director David Ellenstein, and inspired choice of material — has led to its recognition as one of the country’s best regional theatres.

It’s also well-loved by the local community, as evidenced at its recent annual “Spotlight” fundraising gala, which drew more than 200 friends and supporters to the Del Mar Country Club.

Holly Smith-Jones chaired; co-chairs were Jean and David Laing (unable to attend due to a last-minute illness), and Debra and Jim Lampley (just back that day from London, where he, a sportscaster, called a boxing match).

A cocktail reception featured great hors d’oeuvres, a silent auction, and entertainment from a guitarist and a close-up magician. Just before dinner (tender beef and Scottish salmon, or veggie frittata), director Ellenstein presented the second annual San Diego Champion for the Arts Award to honorary chair Leonard Hirsch for his extraordinary support of the visual and performing arts. Marty Burnett was surprised with an award recognizing his 25 years of extraordinary service as NCRT’s resident scenic designer and technical director.

Ms. Arnaz sang beautifully, pausing between songs for verbal vignettes of her family life. The daughter of Lucille Ball and Desi Arnaz, these entertaining anecdotes of her upbringing were illustrated with projected video images of her father’s homemovies.