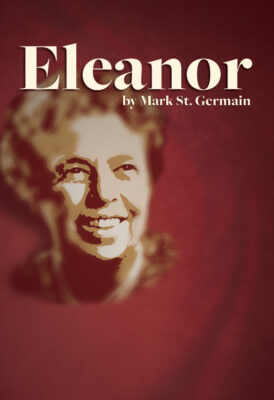 While sitting on her favorite park bench in Washington, D.C., Eleanor Roosevelt reveals the many facets of the dynamic and iconic First Lady. Award-winning actor, Kandis Chappell takes on the portrayal as the witty, feisty, vulnerable woman who was considered the heart of FDR’s presidency. Exploring both the public and private persona of this remarkable woman, Mark St. Germain (Dancing Lessons, Becoming Dr. Ruth, Freud’s Last Session) deftly captures the essence of the woman who left an indelible mark on American history.

What the Critics Say